By Kyiakhalid Ruiz
Devon Gaster, executive director of “Men Creating Peace,” says the organization is “pretty much an open book. We want people to know about our program.”
As Gaster arranges desks into a circle for the weekly meeting in a Laney classroom, he describes the necessity of the Men Creating Peace program.
Men Creating Peace is a program headquartered in downtown Oakland. Its mission is to work with men to “create peace in their lives,” and is built on the restorative justice model of domestic violence resolution.
For the last 10 years, Men Creating Peace has held meetings at Laney College on Wednesdays from 6–8:30 p.m.
Gaster likes Laney College for its central location and because rooms always seem to be available. They also hold classes in Berkeley on Saturdays.
Laney recognized the potential of hosting a program intended to break the cycle of violence.
—
Gaster was invited to speak at a Laney conference during Domestic Violence Month in October 2007.
Laney recognized the potential of hosting a program intended to break the cycle of violence and extended an invitation to Men Creating Peace to host the group at the school.
The model of restorative justice that Men Creating Peace practices teaches that many conflicts are the result of a dynamic in the “Male-Role Belief” system where one partner assumes the “superior” role and the other partner is put into the subservient “inferior” role.
When the partner in the superior role feels embarrassed or disrespected by the inferior partner, they feel they need to reassert their superior position, often with violence.
Many of the enrollees are court-mandated to attend the weekly meetings.
At the meetings, men learn tools to overcome abusive patterns of behavior, including physical, mental, and emotional abuse.
The event is a celebration of the ability of abusive men to change their behaviors.
—
New members must face their role in the situation. Program veterans help hold new members accountable and overcome their denial.
Victims and other community members are encouraged to participate in holding the offender accountable for his actions.
Men Creating Peace requires attendees with alcohol and drug problems to enroll in 12-Step programs to address their dependency.
The group is a non-profit that relies on attendee’s dues. But for Men Creating Peace to expand its mission, Gaster said they will need to expand their grant-writing and fundraising efforts.
On October 28, Men Creating Peace will host a 10-Year Anniversary celebration called “Jazzed Up For Peace” at Oakland’s Preservation Park from 6:30 to 10 p.m., featuring live jazz, Southern food and special guest speakers.
The event is a celebration of the ability of abusive men to change their behaviors.
For more information about the Men Creating Peace mission, visit mencreatingpeace.org or call (510) 730–0184.
Kyiakhalid Ruiz is a Tower Staff Writer. Email him at kyiakhalid@yahoo.com.

February 19, 2016 – Devon attended the February meeting of the Alameda County Father’s Corps and joined the organization. The event was held at the First Five of Alameda office in Alameda.
This was a lunch meeting of the Father’s Corps followed by a presentation by Vina Runnels from the Alameda County Department of Child Support Services about Father’s Rights and Responsibilities Child Support and Custody. There was also a presentation by Robert Ayasse LCSW PPSC from the School of Social Welfare at University of California Berkeley regarding the need for more men of color to pursue masters or doctoral degrees in Social Work. Both presentations were informative and helpful and it was a great networking opportunity.

February 5, 2016  – Devon was on a panel of presenters at the First 5 of Alameda conference on The Effects of Domestic Violence on Children. Devon was joined by Susan Murray from Oakland Children’s Hospital and Will Yancy from Triumph Educational Center.

October 29, 2015 – Devon Gaster attended a conference on The Health and Social Service Needs of Older Adult Population in the Criminal Justice System. The event was hosted by the San Francisco Sheriff’s Department, University of California Division of Geriatrics and the Bayview Hunter’s Point Multipurpose Senior Services in San Francisco, CA.

October 23, 2015 – Devon Gaster attended the National Conference on Domestic Violence, Trauma and Mental Health in Oakland, CA. This event was organized by A Safe Place and included presenters and experts from throughout the United States.

October 3, 2015 – Devon Gaster attended an 8 hour Batterer’s Intervention Training at the Alameda Family Justice Center. The training was put on by Will Yancy and the staff at Triumph Educational Center.

August 24, 2015 – Devon Gaster from Men Creating Peace and Dr. Lisa Firestone from The Glendon Association, co-presented at the Institute on Violence Abuse and Trauma (IVAT), conference in San Diego, CA

August 15, 2015 – Devon Gaster tabled an event at the second annual Breaking the Cycle of Violence day at the El Shaddai Ministries located in San Lorenzo, CA.

Our program has made positive, long lasting changes in people’s lives. 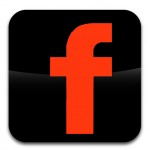 Please visit our Facebook page and give us a like.  You can also find information there about our upcoming events!

Feb 25th, 2014 – Last night MCP hosted Francis Luster for Survivor Impact. Her share touched the men & helped them open up about their violence.

Feb 18th, 2014 – First MCP board meeting of the year. Welcome our two new board members Annie Maltester and Nicamer Tolentino.

Dec 16th, 2013 – MCP hosted a holiday dinner at Laney College for all the current and past participants. MCP Staff and board members also attended.

Oct 6th, 2013 – MCP hosted our first annual fundraiser to end interpersonal violence in Berkeley last night. Thanks to everyone who supported us.

STAY IN TOUCH WITH MCP